NOTHING ABOUT ALL THIS MAKES YOU WAKE UP? 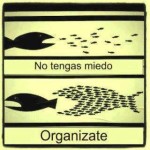 But the conformity of living and nurturing a society where the one who has the most is worth the most is no longer useful. Where the main desire and the engine of our existence are based on productivity and accumulation, in order to be tremendously poor beings.

AccustomedĀ  toĀ  alwaysĀ  livingĀ  in aĀ  normalĀ  corruption andĀ  extermination. WeĀ  remainĀ  immune andĀ  withoutĀ  reacting, it is better to be directed and not be responsible.Ā  That isĀ  Ā why it is difficult for us to think andĀ  believe that anotherĀ  system and humanity is possible, because we are “slaves ofĀ  capital and theĀ  market, of an expired and ineffective system both in the socio-political and in the economic sense” but that system and that 1% of People are the ones who decide for you, you have given them your vote and consent year after year.

In the last decades we have attended, like all capital, the world economy, has concentrated on 1% of humanity. 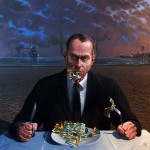 This time through the coronavirus they have generated a world coup, planned in a long time. A very near presentĀ  and futureĀ  whereĀ  weĀ  willĀ  beĀ  controlled, censored, limited andĀ  weĀ  will be systematically killed as humanity has never seen and lived before if we do not stop it. This current society is not interested in this, it prefersĀ  to sacrifice the future of its children and of all humanity before stopping to think, observing the sick world in which weĀ  live as it falls apart thanks to the control and choice of a few.

We are not consciousĀ  of the biologicalĀ  weapons andĀ  technology that they had, of the largeĀ  satellite network, of the facial cameras thatĀ  haveĀ  been installed with 5G quickly in many cities while in hospitals people died. Why in such a hurry? It’s essential ?. Shortly it will be added having to carry the mobile always to be able to leave home, location and control 24 hours and in a few months the vaccine and chips.

LET’S NOT BE AFRAIDĀ  Ā 7 YEAR OLD CHILD IS ABLE TO BUILD A BETTER WORLD. YOU DECIDE THE REALITY, YOUR FUTURE AND EVERYONE’S

We use our own and third party cookies. If you continue browsing we consider you accept the use of cookies.
Accept